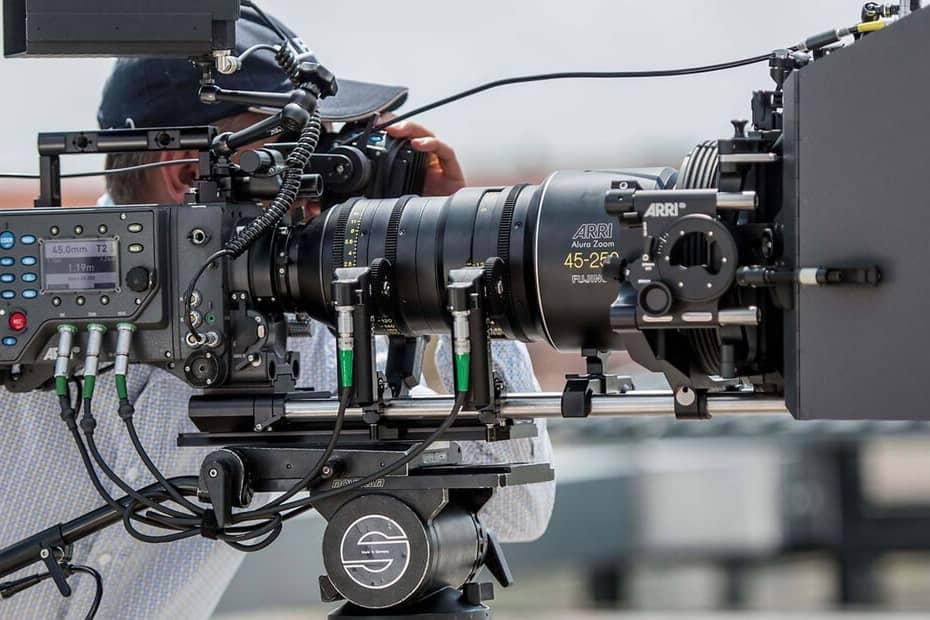 Looking back on 10 years of ALEXA

Over the course of a decade that has seen the most substantial technological shift in the cinematography industry since the arrival of color and sound, ARRI’s ALEXA camera system has been an unfailing constant: continually evolving, yet always producing the most natural and pleasing images. Trusted by the world’s top filmmakers, ALEXA has for 10 years set the benchmark against which all others are measured. The testimony of its users and its overwhelming ubiquity on lists of top-grossing, award-winning productions, singles ALEXA out as the most successful family of digital cinema cameras ever built.

The first ARRI ALEXA camera model was released during the summer of 2010, and its impact was immediate. “I’ve been a cameraman for more than 30 years and this is the first quantum leap in filmmaking technology I’ve seen since I started out,” said cinematographer Robert McLachlan CSC, ASC.

Roger Deakins CBE, ASC, BSC first used ALEXA on “In Time,” soon after the camera’s launch. “I did side-by-side testing and found that there was so much more latitude in the file from the ALEXA than in a 4K scan of a film negative,” he said. “I was also drawn to the subtle fall-off to highlights and the enormous amount of detail in the shadows. It was the first digital camera I had seen where I thought the technology had crossed the knife edge and taken us into a new world.”

ARRI’s approach with ALEXA was to carefully balance all of the many factors contributing to image quality. After shooting with ALEXA on “All is Lost,” Frankie DeMarco ASC said: “I’m grateful that ARRI has gone for features that filmmakers and cinematographers care about, whereas other camera companies have gone for 4K and high resolutions.” Key among these features were high dynamic range and pleasing skin tones.

Crucially, VFX professionals also valued clean images with minimal noise over high resolution when it came to compositing, which is why ALEXA quickly became the go-to choice for visual effects-heavy productions. As Jake Morrison, VFX Supervisor at Marvel Studios, commented: “I’d rather have better pixels than more pixels.”

Filmmakers have gotten to know ARRI’s ALEXA in the same way as they once did their favorite film stocks—how it will react to different situations and how far they can push it. This is especially true of the ARRIRAW recording format, which offers the greatest flexibility for shot-making, grading, VFX, and archiving. Benoit Delhomme AFC recorded ARRIRAW with ALEXA on “Lawless” and commented: “I felt so safe with it that I became a more intuitive DP, free to focus on artistic rather than technical concerns.”

FPGA (field programmable gate array) technology in the ARRI ALEXA makes it possible for substantial new functionality to be added purely through software updates. One of the first of these doubled the maximum frame rate to 120 fps. Further updates, free to all customers, continued to be released at a rate of at least one every year. This allowed filmmakers to build up knowledge and trust in the system, while also benefitting from a constant stream of new features. As Antonio Riestra AMC, ACK put it: “I’ve been working with the ALEXA since it was first released and I’ve only seen the camera improve; each update responds to the real needs that we have on the set.”

In 2011 two new models appeared: the ALEXA Plus, with built-in wireless remote control of camera and lens, and the ALEXA Studio, with a spinning mirror shutter and optical viewfinder. For cinematographers accustomed to through-the-lens viewing, the Studio model was the perfect marriage of two technologies. “I just like the clarity of the image in the optical viewfinder and seeing exactly what’s in front of me, because that’s how I light,” said Roger Deakins, who used the ALEXA Studio on “Skyfall.”

2012 brought the ALEXA M, with separate camera body and modular head, as well as the ALEXA XT generation, which introduced in-camera ARRIRAW recording, improved ProRes, and a 4:3 sensor across all models. 2015 brought the compact ALEXA Mini, which found instant, widespread popularity and opened up new markets, with many owner-operators and production companies investing in the camera. “The size of the ALEXA Mini gave us the freedom to move around easier. With handheld you can move around with the actor and let him be free. It changes the entire attitude of filmmaking,” said César Charlone ABC, who used it on “American Made.”

Also new for 2015 was the ALEXA 65, available through ARRI Rental and featuring an ALEXA sensor slightly bigger than a 65 mm film frame—three times the size of Super 35. One of the first to be shown it was Greig Fraser ASC, ACS, who commented: “I looked in the lens port at the sensor and was just completely gobsmacked. It was one of those moments where the dominoes instantly start falling in front of you; I remember thinking, ‘Right, here we go—this is the beginning of a new era in cinematography.’”

Further improvements were realized with ALEXA SXT in 2016 and ALEXA SXT W in 2017, before the arrival of the large-format ALEXA LF in 2018 and ALEXA Mini LF in 2019, both with a sensor slightly bigger than VistaVision, or full-frame 35 mm stills. Remi Adefarasin OBE, BSC used the ALEXA LF on “The Last Vermeer,” commenting: “Large format isn’t just about resolution, it’s a different relationship between the audience and the image. With the ALEXA LF we’re able to capture all the beauty of longer focal lengths, but with a wider field of view. This in turn lends itself to capturing images of truly cinematic quality.”

Along with the best overall image quality, easy workflows, and an intuitive menu structure, one of the major appeals of the ARRI ALEXA for professional filmmakers has been its exceptionally high build quality. Rugged and dependable, ALEXA can be used in the most extreme conditions and will continue to work, day after day, year after year. Many early models have logged more than 10,000 operational hours when they come in for a service, and ARRI continues to support and repair every ALEXA ever made, as well as sell them through the ARRI Certified Pre-Owned program. Long-lasting return on investment for customers has always been an integral element of the ALEXA system, and the cameras hold their value well.

Typifying the world-renowned precision and reliability of German engineering, ALEXA cameras have won the respect not just of cinematographers, but all those involved in the filmmaking process. Director Keanu Reeves, who used ALEXA on his film “Man of Tai Chi,” said: “We’ve been shooting in water, high temperatures, dust, using strobe effects, really pushing the camera—it’s been getting a good workout! ALEXA is easy to work with and very well made.”

Capable of withstanding the most punishing climates on film shoots such as “The Revenant,” which used ALEXA XT, ALEXA 65, and ALEXA M cameras, the system has proved so reliable that it has also been utilized by natural history documentarians. Wildlife cinematographer Rolf Steinmann has shot with ALEXA in the frozen Arctic and the hottest deserts. “If you have months-long shoots you have to rely on your gear,” he says. “The ALEXA is totally reliable and can easily cope with even the harshest conditions.”

For many filmmakers who had established their careers in the analog era, ARRI’s ALEXA was the camera system that gave them the artistic confidence to step into the world of digital acquisition. First among them were director Roland Emmerich and cinematographer Anna Foerster, who in 2010 were supplied with the earliest ALEXA prototypes for the film “Anonymous.” Later that year, the first ALEXAs off the production line were rushed to the set of “Hugo” in London, where director Martin Scorsese and cinematographer Robert Richardson ASC had also been sufficiently impressed by tests to shoot digitally for the first time.

In addition to movies, ALEXA has had an enormous impact on television series and commercials. Around the same time as the “Hugo” shoot in 2010, early production models were sent to Ireland for the first season of HBO’s hit show “Game of Thrones.” One of the cinematographers, Alik Sakharov ASC, noted: “We tested a film camera and two digital cameras very extensively. There was so much information in the ALEXA images that it just won us over. It’s remarkable; the latitude, the look, and the ability to so closely represent the curve of film.” ALEXA was used on the show for its entire nine-year run, while also becoming by far the most popular choice for all other high-end TV productions.

The ARRI ALEXA has itself been recognized with a Scientific and Engineering Award from the Academy of Motion Pictures Arts & Sciences, but more importantly, it has helped innumerable filmmakers create award-winning work. In fact, eight of the nine Best Cinematography Oscars presented since the camera’s launch have gone to ALEXA-shot productions. So have six of the nine Best VFX Oscar-winners, and six of the nine Best Picture Oscar-winners (the other three were shot with ARRI film cameras).

ARRI thanks the filmmakers behind these movies for choosing ALEXA, as well as the many others for whom ALEXA has been a touchstone of their careers. On the system’s 10th birthday, we hope that they are all…still in love!

CINEOM DMCC
Need Help? Chat with us
Start a Conversation
Hi! Click one of our member below to chat on Whatsapp
The team typically replies in a few minutes.
Sales & Support
Sales & Support